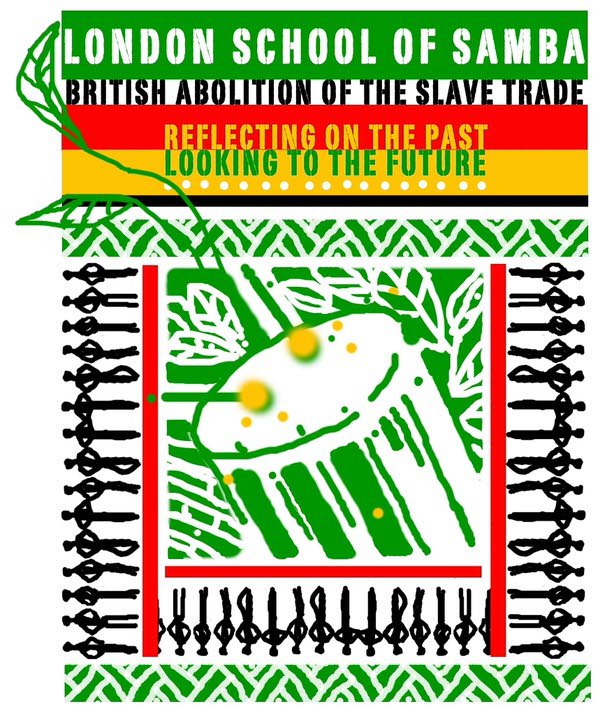 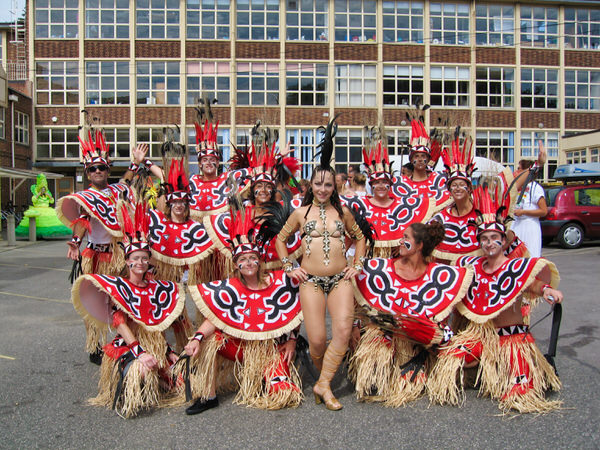 Here is some background information on the Notting Hill Carnival 2007 theme for the London School of Samba. The title of the theme is, “Reflecting on the past, looking to the future: British Abolition of the slave trade.”  One of the most important elements of Samba is to educate the next generation.  Often the Samba Enredo (Carnival song chosen by the Samba School) will reflect the theme through storytelling and passing down the traditions to the next generation. 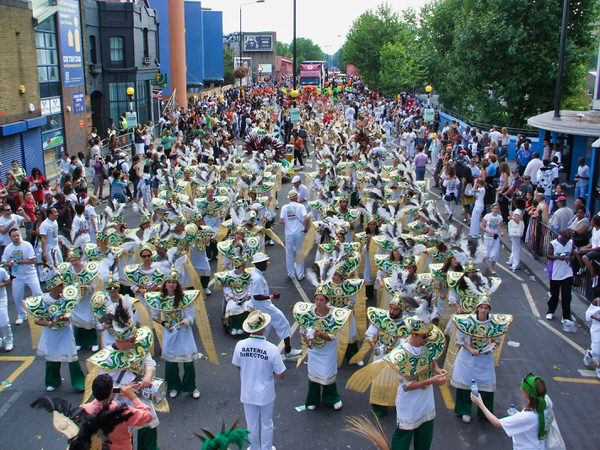 The Notting Hill carnival has since become the largest street festival in Europe, attracting hundreds of thousands to London, and continues to grow in popularity. You can usually expect to see some 50,000 performers in the parade and more than 30 sound systems, with more than one million people attending over the carnival weekend

The theme chosen by the LSS this year is both thought-provoking and challenging. Challenging both the for carnival audience and for the London School of Samba to present a heritage, which is largely not its own. Our parade aims to create a presentation that is visually exciting and stimulating, with all the spirit and fantasy of carnival, without making light of a serious theme.

These colours will run throughout all the alas to present different aspects of this history. The aspects to the theme are many, as are the historical players, and it is likely that not all the characters you may expect will appear. Further, the history of slavery is sadly not yet complete. Whilst this chapter may apparently be closed many millions of people are enslaved on a daily basis.

The first section shows death and his consort. The red represents the bloodshed and the black figures printed on the costumes are from contemporary illustrations of how slave ships were packed with their human cargo. The second section introduces the 5 central colours of the theme through costumes decorated with West African inspired motifs and accessories. 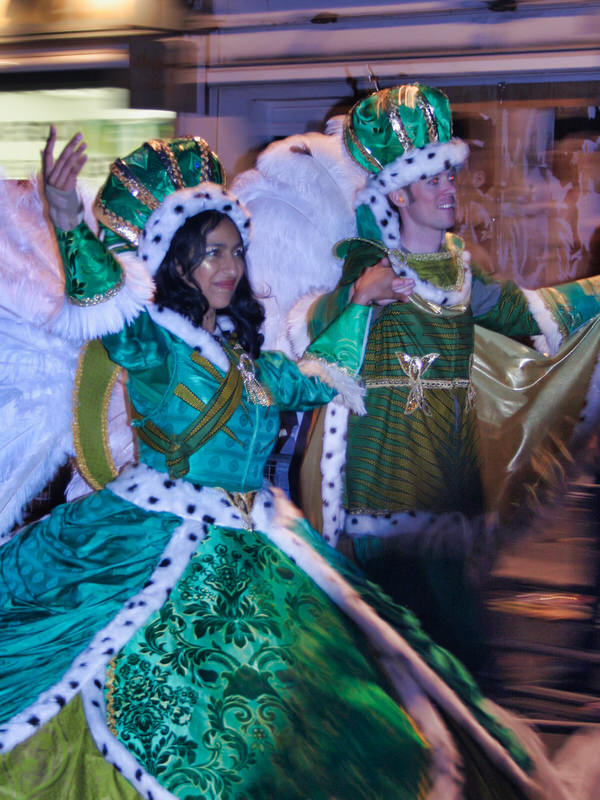 The Porta Bandeira and Mestre Sala represent an African King and Queen in the style of Maracatu. Their lavish costumes are a jumble of African prints and Dutch waxes, trimmed with ermine and gold. The Porta Bandeira carries the flag of the samba school. 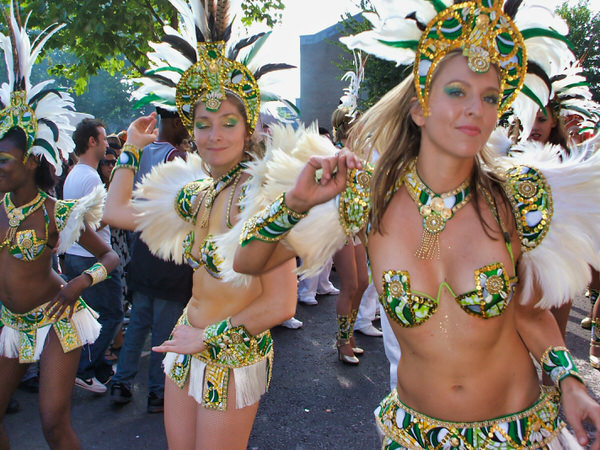 The Passistas and the peoples and decorative traditions of West Africa. With African style printed fabric, decorated in gold and natural materials, they represent the riches of this African coast 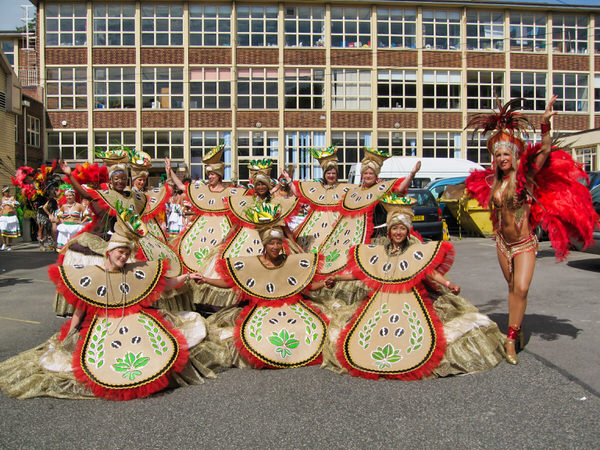 The Baianas represent the soil, labour and produce of the slaves in the Caribbean, the profits of this slave labour destined for European tables, parlours and trade: sugar, coffee, tobacco, and tropical fruits. The colours black and red represent the work and blood that was sweated in the plantations, the brown is the soil and the materials are inspired by sackcloth and fruit wrappers and trade.

This is an all-female choreographed Ala. The Caribbean inspired costume is that of the first Calypso dancers.  All the colours of theme unite here, the path to Samba Reggae is clear.

This Ala in the traditional Indio style represents the breaking of the slaves’ bonds, the moment of liberation. The red is the blood spent and shed in struggle, the black the bonds being broken. The costume draws on shared elements of African and Amerindian costume, while also reflecting the native Caribbean tribes, which were also exterminated by slavery and colonisation

History of Samba in the UK and Europe